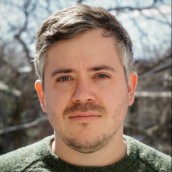 Drought In California – Fields Are Shrinking

California’s farmlands are on a radical slimming diet.

We can now calculate the acceleration of the problems caused by drought and the California restrictions on the consumption of water.

By analyzing images captured by satellites, NASA and the USDA estimate that over the past four years, more than a million acres of farmland have been gradually abandoned in California. In 2015, the total abandoned area was double what had been recorded in 2011. This reduction of cropland represents 15% of the 7 million acres of irrigated farmland in the Central Valley of California – the equivalent of half the total area of ​​Lebanon.

These statistics have been produced as part of a project to monitor, on a continuous basis, changes caused by drought. The tool used in the project compiles thousands of Earth observation imagery from several Landsat satellites.

Satellite data were processed and analyzed by scientists at the Ames Research Center and the USDA National Agricultural Statistics Service. The monthly results were overlaid to create time sequences.

On a side note, it is safe to assume that, with flight autonomy and sensors continuously improving, UAVs will become a key player in the fight against the effects of drought in agriculture.